Scalp micropigmentation (SMP) is a new hair treatment technique that creates an illusion of fuller hair onto one’s scalp. Being a relatively new hair growth treatment, not so many people understand yet how SMP works. This has created several questions such as, does SMP affect hair growth?

The answer to this question is no, scalp micro-pigmentation doesn’t and shouldn’t affect hair growth.  To be able to understand this you need to know about hair follicles and pigmentation, the treatment process, who qualifies/ doesn’t, and what should be considered for SMP. This article will be addressing just that. 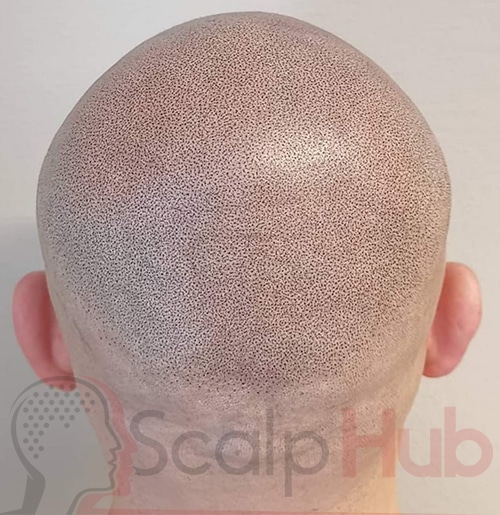 Before the SMP treatment, a trained practitioner will apply a topical numbing agent to your scalp. Which reduces the chances of you feeling any pain though there maybe just a little discomfort. This all depends on your pain tolerance.

From then on, a 3 point microneedle that’s about 2mm goes into the dermis layer of the skin. As we’ve seen, hair follicles are usually much deeper into the skin meaning that they are safe and won’t be touched when needling, even when the tattoo is added above the skin.

The main goal of SMP is to create hair-like lines. The qualified practitioner working on you will ensure that the dots look like a natural hair follicle that can blend in with your complexion. It also isn’t a one-time process kind of treatment. One can expect 2-4 sessions depending on the extent of hair loss or scaring. A few touch-ups after approximately 4-6 years will also be required as the ink isn’t permanent and can slightly fade in a few years.

Note also that people that suffer from sensitive skin conditions such as scalp acne, rosacea, and psoriasis are recommended to avoid getting SMP especially during a breakout because it’s difficult to apply pigment to inflamed areas.

Be sure to research the clinics that provide this kind of treatment as it’s a sensitive process and you wouldn’t want to end up with different results. High-quality SMP centers must have

Once all this has been checked out by you, you can then schedule an appointment with the SMP practitioner and see what to expect or what you’re required to prepare before the treatment.

Will hair growth be affected?

It’s quite understandable to think that SMP could affect hair growth because you probably think that yore causing damage to the skin. This however isn’t true unless if SMP isn’t done correctly. SMP can go wrong when one oversaturates the skin, uses huge needles in the process, or maybe simply shades the skin as it’s usually done with traditional tattoos. There’s no need to worry though because, in SMP, tiny needles are used and are safe.

To shed more light on this, our hair follicles are deeply rooted into the scalp, that’s within the lower level dermis which is approximately 4mm. So when a qualified SMP practitioner is working on you, he/she only touches up the upper level of the dermis which is about 0.5-1mm deep. This means that even during the treatment process, your hair follicles won’t be affected, let alone tampered with.

Unlike hair transplants that require surgery, SMP involves the use of a manual blade whereby pigmentation is applied using an electric tattoo device. Power is used because the skin found on one’s scalp is usually thicker and harder to penetrate compared to the other parts of the body. As we said, the process shouldn’t be confused with normal tattooing of the head as they are different.

The SMP treatment process usually lasts from one to three hours depending on the coverage you need or how much hair loss you’ve lost.

There can be a few minor injuries that happen, however even they are controlled. Your scalp can heal quickly within 7 days and you’re good to go. During this time there shouldn’t be washing of the scalp otherwise you may prolong the healing process. Sometimes after SMP is complete and the site is all healed up, a few people experience hair regrowth. This is because the blood flow is being brought to the injured area to heal and regenerate. While it’s not a guarantee that your hair will grow back after SMP, it’s still possible. 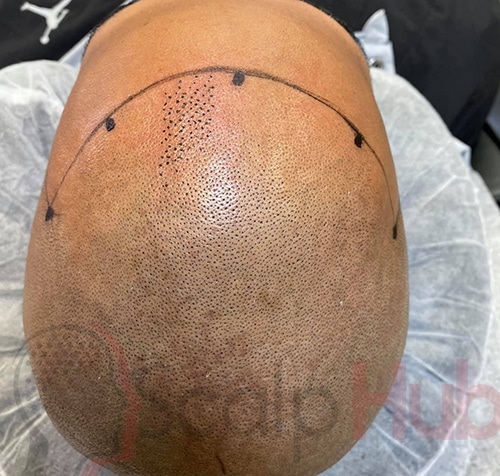 Who qualifies for scalp micropigmentation?

This procedure is recommended for people withal kinds of hair loss problems such as people with cancer, alopecia, thinning hair, male and female pattern baldness.  SMP also benefits people that have scars from hair transplants and would like to have them concealed. Before you go any further, know the difference between scalp micropigmentation and hair transplant.

Scalp micropigmentation isn’t a cure for hair loss but it certainly a good remedy for disguising the effects of hair loss such as hair thinning, and balding among men, women, children, and the elderly. And as we’ve understood, it doesn’t affect hair growth at all because your hair follicles are rooted far away in your scalp where not even the tiny needle can reach. It’s also merely a situation of applying a tattoo to your scalp. And, if your hair follicles are still active, your hair can still grow normally after SMP.

Simply ensure that whoever works on you is qualified for the job, is licensed, and that the right equipment is used during the treatment process.  That way you won’t worry about the procedure going wrong. After getting SMP treatment, ensure to always follow the rules such as not shaving with a razor on your head, avoiding excessive sweating as much as possible, not applying moisturizer to your head, and wearing a shower cap when taking a bath. All these will ensure that you heal and nicely without having to compromise anything.